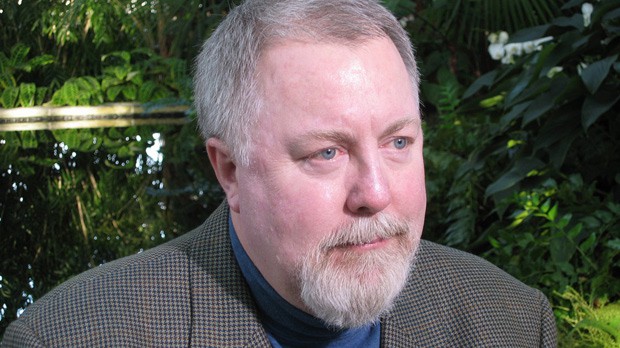 The following interview appeared on SnagFilms in conjunction with its launch of the Great Museums documentary, “Home Base: The National Baseball Hall of Fame and Museum.”

OK, question, who would you like to have interviewed from baseball’s past and what would you have asked him?

After years of research and scores of interviews we did for our Great Museums special on the National Baseball Hall of Fame, I came away with a long list of baseball legends I wish I could have interviewed. We certainly heard a lot of incredible, inside stories about those big personalities. But the one person that stands out would the great Babe Ruth. I would be very curious to know who, among his contemporaries, he felt was the next best baseball player, after himself, of course.

I also might have asked him to explain – or confirm—the infamous, so-called “called shot,” which was the home run hit by Babe Ruth in the fifth inning of Game 3 of the 1932 World Series at Wrigley Field in Chicago. During the at-bat, Ruth made a pointing gesture, which existing film confirms, but the exact nature of his gesture is ambiguous. Although neither fully confirmed nor refuted, the story goes that Ruth pointed to the center field bleachers during the at-bat. It was supposedly a declaration that he would hit a home run to this part of the park. On the next pitch, Ruth hit a home run to center field.

You’ve mentioned the Great Museums’ “Eureka moment” in previous interviews. Can you explain what that means and did you have one during the production of this film?

My wife and business partner, Chesney, and I have always believed that each episode of the Great Museums series should contain at least one “Eureka moment,” when the viewer thinks, “wow, I didn’t know that, how cool.” The term also fittingly refers to Great Museums’ private underwriter, the Eureka Foundation, which is dedicated to using the power of television and new media to provide the highest level of inspirational fact-based content to viewers. Without the Eureka Foundation, there would be no Great Museums on TV – or on SnagFilms – and certainly no behind-the-scenes “Eureka” moments to share with our audience!

While making the films, we often have our own behind the scenes Eureka moments. Mine came when we were filming the some of the Hall of Fame’s collection items, specifically Honus Wagner’s glove. Honus Wagner played for Pittsburgh around the turn of the century and is considered to have been a near flawless player. In fact, he was among the first five inductees into the National Baseball Hall of Fame.

When I saw Honus Wagner’s glove, I was amazed that it was so small and delicate. It was not much more than the kind of mittens kids wear in the winter. It’s astonishing to think about all the balls he caught with that glove. Compared to the size and scale of today’s baseball gloves, it must have been almost like catching a ball without a glove at all.

In the Great Museum series we always say that there is nothing like visiting your own local museums and seeing the collections with your own eyes. Seeing the “genuine” thing is always a thrill and often times gives you an opportunity for a leap in understanding that seeing the real thing in a film or in a picture just can’t do.

What was the most enjoyable part of making this Great Museums special?

One of the most enjoyable parts of producing the Great Museums episode on the National Baseball Hall of Fame and Museum was the interviewing process. I had great fortune to interview Bob Costas, the premier baseball broadcaster of his generation, Joe Morgan, whose boyhood idol was Willie Mays and who became a superb player for the Cincinnati Reds, and Tommy LaSorda, the iconic manager of both the Brooklyn and the Los Angeles Dodgers.

I also have to mention the President of the Baseball Hall of Fame, Jeff Idelson, and the curators at the Hall, who were just wonderful to work with. I remember one day in particular when Jeff and I had a long talk about the part of the Hall’s mission that deals with bringing generations together. After that discussion, as I was roaming around the Hall by myself, I realized that many of the visitors I saw were parents and children of various ages. It was amazing to see that they really were being brought closer together by their shared interest in baseball.

Is there a particular behind the scenes moment you recall from the production that you would like to share?

One of my favorite moments in the production came during my interview with Joe Morgan. Joe is a wonderful play-by-play analyst for ESPN.

He explained that when he was a kid, growing up in Oakland, CA, the racial integration of baseball was still a relatively new thing, and that Jackie Robinson and Willy Mays were his heroes growing up. He said that on the day that he was inducted into the Hall of Fame, he walked around the Hall, looking at all the plaques that honored the greatest players of all time. He stopped in front of the plagues of Jackie Robinson and Willy Mays and just teared up. He said that in that moment, he felt a sense of indebtedness to those men that was just overwhelming.

Is there a particular exhibit in the Hall of Fame that stood out to you?

The exhibits that are devoted to the story of the Negro Leagues are extraordinary. Before producing this episode, I had only heard about the Negro Leagues in bits and pieces. I knew next to nothing about the subject. Walking through and filming at the Hall of Fame and Museum, I learned so much about the Negro Leagues and its many star players, including Satchel Paige, Josh Gibson and Cool Poppa Bell. The experience really helped me to understand why this particular story told at the Baseball Hall of Fame is such an American story. The rich, multi-faceted history of baseball is, essentially, the history of late 19th and 20th century America as told through the prism of a game.