Lennon’s Gretsch Guitar Up For Auction 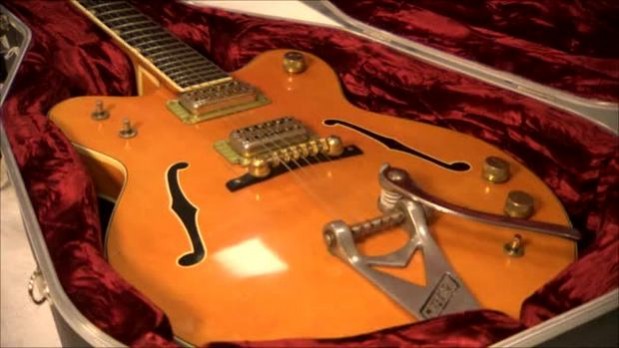 Who will be the winning bidder? John Lennon’s Gretsch 6120 guitar, which he used to record The Beatles “Paperback Writer,” is up for auction—for an estimated $1 million! While filming the upcoming documentary on the Rock and Roll Hall of Fame, GREAT MUSEUMS caught a glimpse of the same guitar while it was on loan to the museum.

Stay tuned for more behind the scenes of our upcoming Rock Hall (@RockHall) documentary special.

LINK to the Rolling Stone article about the auction.