Filming The High Line: Day One 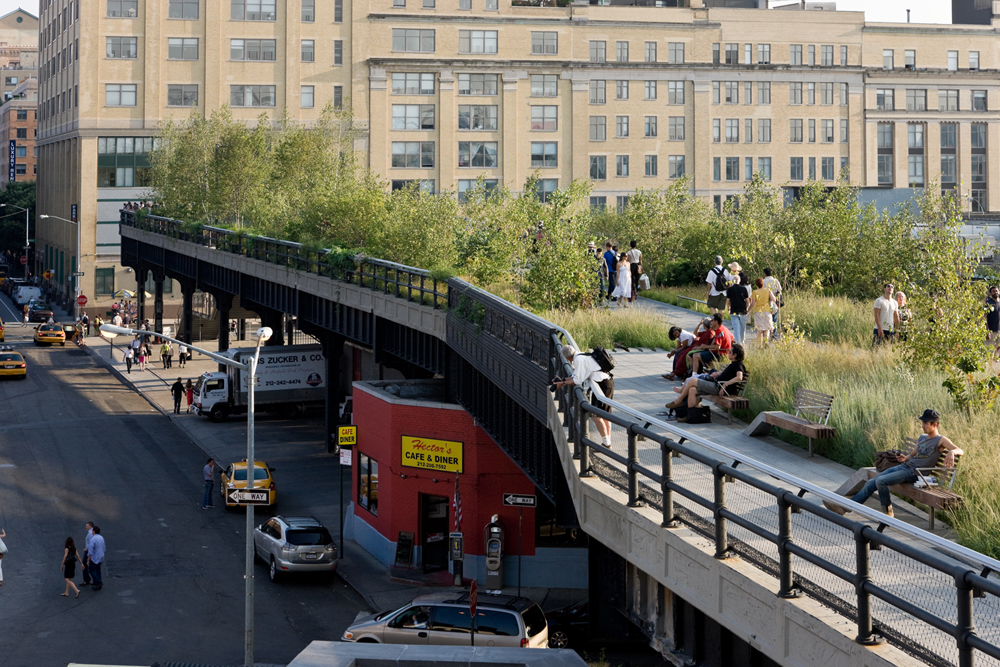 GREAT MUSEUMS: THE HIGH LINE, NEW YORK CITY
May 2011
Since 1998, GREAT MUSEUMS’ call to action has been to “Find the museum in your own backyard.” A perfect example of this idea is the High Line, an elevated park built on a defunct railroad line that runs 30 feet in the air through New York City’s West Side, and the subject of one of GREAT MUSEUMS’ upcoming documentary specials on public television.

Like the park itself, a documentary on the High Line presents an opportunity to explore much more than the neighborhoods through which it runs. The High Line is a public park, an historic site, and a cultural center. It is a monument to a bygone era and the centerpiece of a revitalized district.

As we film the episode for television, GREAT MUSEUMS will post an on-going, on location, online “video blog” from the producers about the making of our special, with highlights from the High Line and our interviews, including experts on NY’s industrial history and architecture as well as High Line supporters and designers.

ABOUT GREAT MUSEUMS
GREAT MUSEUMS is an award-winning television series celebrating the museum world—in the U.S. and abroad. The documentary series opens the doors of museums to millions of viewers through public television, new media and community outreach with the goal of “curating a community of learners.”

In addition to airing coast-to-coast on public television stations representing more than 85% of U.S. households, the GREAT MUSEUMS documentary series can be viewed and downloaded via iTunes, Hulu, Netflix, YouTube and SnagFilms. Additional content from each documentary is developed through GREAT MUSEUMS content preparation, production and post-production, and is exclusively for viewers who visit the GREAT MUSEUMS website.

THE HIGH LINE: A BRIEF HISTORY
In 1934, the High Line opened, its tracks winding and swerving above the city’s West Side. The elevated line removed dangerous rail traffic from the streets below. For nearly 50 years, the High Line was a lifeline to the industries located in this part of the city. After the last train rumbled down the tracks in 1980, the High Line was all but abandoned, slated for demolition.

In the late 1990s, a pair of visionary preservationists reimagined the use of this public space. At a meeting slated to discuss the demolition of the entire structure, the Friends of the High Line was launched by Josh David and Robert Hammond, High Line neighborhood residents.

The advocates had lofty plans for the abandoned area. The repurposed space would be an open and inviting park, with landscaping and distinctive views. It would provide access to hidden corners of the City, areas that could only be revealed through the unique perspective of the elevated park.

An intensive design competition for the repurposed space led to proposals from more than 720 teams of designers. In June 2009, ten years after that first community meeting, Section 1 of the High Line opened to the public.

The exciting transformation of the Meatpacking District and the Chelsea neighborhoods in many cases has been amplified and enhanced by the High Line. Flourishing local businesses often credit the lure of the new park for their health and stability. And the City itself has prospered from this reconstructed space that was once targeted for demolition.

Visit the High Line for more information about its rich history, continued development and supporters.