Even the most avid museum-goers would agree that there are days when the comforts of home, in particular, the couch and the remote control, win out over trekking to a local museum. [W]atching the tube doesn’t have to be the polar opposite of visiting a museum. The television series “Great Museums” goes even further in bridging the gap. ??Each half-hour episode takes T.V. viewers on a virtual tour of an American museum, combining on-location footage of the museum and its permanent collection with staff interviews, music, scripted narration, and, often, archival film and photographs. 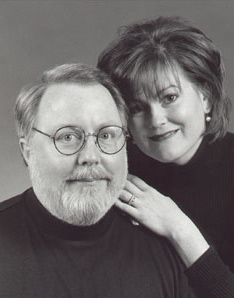 Chesney Blankenstein Doyle of Echo Pictures, Inc., Atlanta, co-producer/director and creator of “Great Museums,” says that in developing each program, the production team aims to “partner with each individual museum, understand their mission, lean their story, and showcase it through the medium of television.”??Seeking to portray the breadth and diversity of museums in the United States, Chesney and co-producer/director Marc Doyle consider a variety of factors when choosing which museums to feature, including type of collection, geographical location, size, and visitorship. For their first season, they consciously avoided institutions they describe as “megamuseums” (places with annual visitation of more than 1 million) and concentrated on mid-sized and smaller ones. After an initial scouting visit to each museum, “we came away convinced that the story they tell is a national story,” says Chesney.

To present that story to a T.V. audience, the Doyles work with museum staff to determine mail focal points for the content of the show. Each on-location shoot lasts approximately three days and includes extensive two-hour interviews with three to five people associated with the museum, usually the director, curators, and a board member. The Doyles maintain close contact with the museum as they finalize the script; then they assiduously edit hours of footage down to a polished, half-hour program. ??The Doyles, a husband-wife team who work out of their farmhouse near Savannah, Ga., describe it as the ideal merger of their professional experience.

While working as an attorney and management consultant, Chesney assisted a variety of non-profits and became passionate about museums because of their mission to “edify people and preserve our history, our past, interpreting it in a way that helps us as a society.” Marc has worked in the television industry for 30 years, earning three Emmys for his work as news director at WAGA-TV, Atlanta. [In 1988], he became an independent producer.

To prepare, the Doyles attended the 1998 AAM Annual Meeting in Los Angeles. There they established contacts, visited museums – including the Autry Museum of Western Heritage and the Hollywood Entertainment Museum, which they would later profile—and were sensitized to the concerns of the field. Marc says he realized that independent television producers and museums face many similar challenges in cultivating audiences. One session of particular interest was “Exploring Differences, Finding Connections: Curators, Historians, and Documentary Filmmakers,” during which Marc and Chesney “took copious notes” and learned that many museum professionals are wary of working with T.V. producers. Panelists spoke of negative experiences where museum resources were commandeered by the filmmaker only to result in problems such as inaccuracies or insufficient crediting of the museum’s contributions.

Echo Pictures doesn’t anticipate such conflicts of interest because the company’s clearly defined mission “starts off with a presumption of respect and admiration for what museums do and builds on that to communicate their message and story to a much broader and more diverse group of people than is normally available to them,” says Marc. ??The typical “Great Museums” viewer tends to have the same psychographic profile as the museum-goer, with a drive for life-long learning. While the series provides this knowledge-hungry audience with what Chesney calls “healthy brain food,” it simultaneously draws awareness to the institutions it showcases.

Speaking of the episode that featured the National Museum of Women in the Arts (NMWA), Washington, D.C., Chief Curator Susan Fisher Sterling says, “First and foremost, it lets people know that there are women artists out there in the world, and that there’s a place they can get in touch with, either through the Internet, or by becoming a member, or by actually coming to the museum[The program] whets people’s appetite in a form they are used to.”??“The production is about them, it’s not about us,” says Chesney. “[Museum staff] figure out the best way to communicate their story to the general public, and they’ve done it very effectively. We don’t think we can tell their story better than they – with all of their scholars and museum professionals – are already telling it.”

The Doyles’ approach impressed Phyllis Caskey, president and CEO of the Hollywood Entertainment Museum. She says that the Doyles looked at her institution not only from the outside, to see the visitor’s experience, but also from the inside. “They asked questions like, ‘What did it take to create this museum?” she says. “This piece obviously was done by people who are passionate about the role of museums and understand them. [The ‘Great Museums’ programs] really send a very important message about the multiple roles that museums play in the community.” She adds that members of her board – most of whom are veterans of the entertainment industry – were thrilled when they saw the piece and complimented its high production values.

“Forty and 50 years ago, television was spoken of as the Internet is spoken of today, that it was going to bring the world together, entertain, inform,” says Marc Doyle. He laments that these days T.V. is rarely a “source of inspiration and knowledge.” [A]fter the episode featuring the Morris Museum of Art, Augusta, Ga., aired, the museum received “fan mail.” “Because of the efforts that the museum industry has made to be entertaining as well as educational,” says Chesney Doyle, “we only had to look to the industry itself to find our formula for success for this T.V. show.”